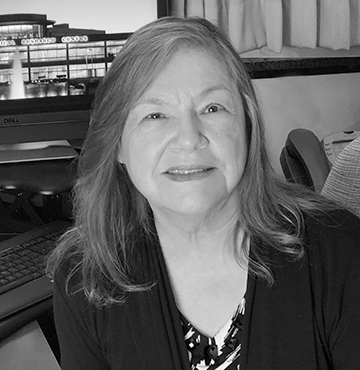 Nutritional epidemiology includes all studies of the relations between diet and health in human populations. To this end, the goal of this laboratory is to assess dietary intakes of various population groups and provide nutrition education and/or counseling that improves diet and health.

Nutritional epidemiology includes all studies of the relationship between diet and health in human populations. Activities include dietary assessment of various population groups and nutrition counseling to improve diet, health, and weight management.

The Delta Obesity Prevention Research Unit (OPRU) Strategies to Improve Health in the Delta: Pennington Biomedical has been part of an ongoing collaborative, multiyear research effort to design, carry out, and evaluate interventions directed at improving nutrition in the impoverished and disadvantaged Lower Delta region of Arkansas, Louisiana, and Mississippi. We have been collecting dietary intake information on children in rural Arkansas prior to the start and upon completion of summer camps from 2007 through 2010. The camps provided lunch and snacks for students aged 6 through 13 years and included nutrition education lessons. It was observed that dietary intakes improved among the children due to an emphasis on fruits, vegetables, dairy, and whole grains.

In Baton Rouge, the Delta OPRU is studying the effects of a pedometer and diet intervention versus a diet only intervention on weight loss. Dietitians in this section are leading group sessions.

The Diabetes Prevention Project Outcomes Study (DPPOS) follows individuals from DPP who have successfully made lifestyle changes; this project will continue until 2015.

The Look AHEAD trial focuses on lifestyle changes in a population of diabetic individuals. The project will end in 2014.

Heads Up is a project comparing an intensive medical intervention, which is behavioral in nature, to surgical treatment of obesity. This project was started in 2012 and will continue for 5 years.

The POUNDS LOST trial tested the weight loss effects of four diet treatments varying in protein and fat; subjects were asked to follow structured meal plans or exchange options in order to adhere to the dietary targets. This study has been completed but data analysis is ongoing.

The Weight Loss Maintenance (WLM) trial was designed to determine how weight loss achieved in phase 1 of intensive lifestyle change sessions can be best sustained through a second phase, a 30-month period of either personal contact or Internet efforts; the project included a two-year unfunded extension. Dietary changes resulting from the WLM trial were published in the December 2011 volume of the Journal of the American Dietetic Association. Nutritional Epidemiology Laboratory research dietitians/interventionists played key roles by conducting both group and individual sessions utilizing nutrition information and behavior change messages. This study has been completed but plans for follow-up studies are ongoing.

Soldier Nutritional Epidemiology: Since 1996, nine studies have been supported in collaboration with the U.S. Army Research Institute of Environmental Medicine (USARIEM). Camp Mackall, NC, was the site of a Special Forces study titled Energy Expenditure and Physiological Strain in Special Forces Candidates and Cadre, conducted in two phases during late August and early October 2009. In 2009, Fort Bragg, NC, initiated a study in its dining facilities titled Testing the Efficacy of Modifying Serving Practices in Military Dining Facilities to Enhance Healthy Nutrition in Soldiers. The study included 10 dining facilities, with half receiving intervention initially and the remainder after six months. Staff from the Nutritional Epidemiology Lab supported these efforts by using food photography to capture soldiers intakes during three time points: baseline prior to intervention (September 2009), 6 months following initial intervention (March 2010), and after 12 months (September 2010). There are plans to continue dietary interventions at several military locations in 2012-2013.

Research in this laboratory is supported by grants from the U.S. Department of Agriculture, the National Institutes of Health, and the U.S. Army.