BATON ROUGE, LA – Researchers at Pennington Biomedical Research Center have discovered a new pathway that controls how our bodies respond to a diet that's low in protein.  This finding could improve treatments for obesity and diabetes. 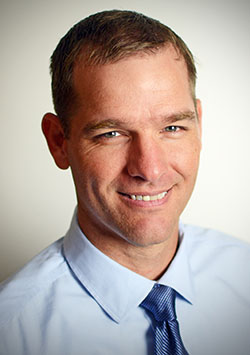 Data collected by Chris Morrison, PhD and his team of researchers at Pennington Biomedical provides a new explanation for why protein intake profoundly influences metabolism and body weight. They found that in both mice and humans the amount of protein in the diet affects a hormone known as FGF21. If protein consumption is restricted, the body increases production of FGF21. Mice lacking the FGF21 hormone did not change their food intake, metabolism or body weight when placed on a low protein diet, indicating that without FGF21 the mice couldn't detect dietary protein content.

"This discovery will significantly change the way science views the FGF21 hormone," said Morrison. "In looking at ways in which dietary protein affects our food intake and metabolism, my team and I discovered a fundamentally new role for this key hormone."

In lab tests, FGF21 has been shown to reduce body weight and blood glucose levels.  There has been enthusiasm that this hormone may be a part of the next generation of drugs used to treat obesity and diabetes. Yet, scientists were not sure exactly how FGF21 was regulated in the body – until now. Morrison's work, published today in the Journal of Clinical Investigation, not only suggests that FGF21 helps the body track protein intake, it also shows that protein intake profoundly influences metabolism and that scientists may be able to use protein specific signals like FGF21 to influence our metabolism in a unique way.

"Our data show that FGF21 may be the first hormone that specifically acts as a signal of dietary protein. Considering that both FGF21 and protein restriction have big effects on metabolism and health, we will use this new information to uncover more steps in this process and hopefully identify new targets for the treatment of obesity and diabetes," added Morrison.

Obesity and diabetes are among the top chronic diseases in the U.S. Recent data from the Centers for Disease Control and Prevention (CDC) suggest that roughly 40% of Americans are expected to develop Type 2 diabetes at some point during adulthood. Obesity-related medical costs in Louisiana total approximately $1.37 billion annually. Diabetes prevalence in many parts of Louisiana is 50 percent higher than the national average. Research discoveries like this one by Morrison and his colleagues could serve to crack the code on much needed, more effective treatments for these diseases.

Pennington Biomedical's Thomas Laeger, Tara Henagan, Diana Albarado, Leanne Redman, George Bray, Robert Noland, Heike Münzberg, and Thomas Gettys contributed to this work, as well as researchers at the Virginia Polytechnic Institute and State University and the University of Washington. The study was funded by the National Institute of Diabetes and Digestive and Kidney Diseases (NIDDK), at the National Institutes of Health (NIH).