In recognition of her leadership and accomplishments, the LSU Board of Supervisors, at its December 2011 meeting, affirmed the designation of the Donna H. Ryan, M.D. Clinical Conference Room, located in Pennington Biomedical’s new Clinical Research Building.  A reception was held in late January marking this occasion.  Dr. Ryan was instrumental in establishing the early development of Pennington Biomedical and in crafting the plans to assure stable funding in the beginning years of the institution's history. Most importantly, she helped to shape the vast clinical research programs and interventions for obesity and nutritionally-related diseases.

Dr. Ryan is widely recognized as a research scholar in obesity, having authored numerous studies, more than 130 peer reviewed articles, and serving as president of The Obesity Society, the leading U.S. scientific association dedicated to the study of obesity.  Her most recent leadership work has focused on the comprehensive clinical and translational science collaborative involving numerous institutions across the state. 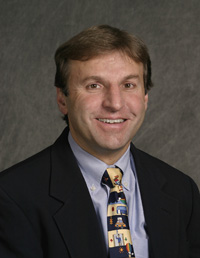 Dr. Cefalu received his medical degree from LSU School of Medicine in New Orleans, LA. He completed his residency and served as Chief Resident at the University of California-Irvine Long Beach VA Medical Center and completed a fellowship in Metabolism and Endocrinology at the UCLA Center for Health Sciences in Los Angeles, CA.  In addition to the University of Vermont College of Medicine where he served as Director of the Clinical Trials Unit, Dr. Cefalu has served on the faculty at Tulane University and Wake Forest University School of Medicine, where he was Director of the Diabetes Comprehensive Care Programs.

Dr. Cefalu is actively involved in both clinical and basic research.  On a clinical level, he is working on interventions to improve the metabolic state of individuals with insulin resistance and type 2 diabetes. His basic research program focuses on the cellular mechanisms for insulin resistance. In addition, Dr. Cefalu also serves as Director for the NIH-funded Botanical Research Center at Pennington Biomedical, which focus on metabolic syndrome, or pre-diabetes.

Dr. Cefalu is widely published in journals and books, and has edited several textbooks on the management of diabetes.  He has served as an associate editor for Diabetes Care and Diabetes, the clinical research and basic research journals, respectively, of the American Diabetes Association. He now serves as the Editor-in-Chief of Diabetes Care. Dr. Cefalu lectures both nationally and internationally.