Play Streets Coming to a Neighborhood Near You

How many times did your parents tell you as a child not to play in the street? Traffic was just too dangerous, they said. For many children, traffic isn't the only thing keeping them from playing outdoors. Some kids don't live in neighborhoods where their parents feel safe allowing them to play outside. Others don't have access, or in some cases safe access, to neighborhood parks.

That's why researchers at Pennington Biomedical Research Center are working to re-imagine the neighborhood street as a playground of sorts with a concept called Play Streets. 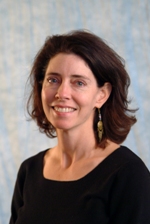 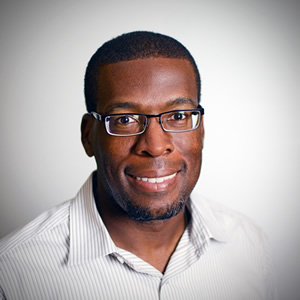 Pennington Biomedical's Dr. Stephanie Broyles and Dr. Robert L. Newton Jr. study community health and they are working to bring the concept to Baton Rouge with the help of the ExxonMobil Foundation and BREC Foundation.  Neighborhoods in cities like New York City have already tested the concept and have found success.

Here's how it works: neighborhoods come together to close off a street or a section of a street on a regular basis to allow children to get outside and play in spaces where they may not normally be able to play.

"This is really critical in ensuring the health of our city's children, considering that one in two of Louisiana's children are currently overweight or obese," said Dr. Broyles. "Playing outside is a fantastic opportunity to get away from the television, phones, and other screens that can consume our time. Play Streets incorporates physical activity into life so that children are having fun while they exercise."

Broyles and her team are currently testing the idea with leaders in north Baton Rouge who are helping to organize the first of several Play Streets dates.

"It really is up to the community how they want to orchestrate their Play Streets concept," said Broyles. "We want to ensure that the neighborhood has input and helps to guide the sorts of play options that are available to children, how often the streets are closed for play, and how long children play. This is about doing what works for each neighborhood."

Broyles met earlier this year with two neighborhood leadership groups who were excited about the opportunity. They envisioned choosing a street to close that already had lower traffic than others but that had several families living along it. Among their plans were ideas to invite local businesses to provide play equipment like footballs, jump ropes and bounce houses, along with healthy snacks. They also discussed assigning street captains to help plan and recruit families to participate in the events.

The researchers and neighborhood are still working to determine how often the Play Streets concept will be utilized, but they are excited about the chance for their children to get outside more.

"Play Streets allows neighbors to get to know each other, which may foster additional opportunities for play outside because parents know they can trust their neighbors to watch out for their children when they're playing outside," Broyles said. "This has the potential to transform communities into healthier places for children to grow up, which is what Play Streets is all about."

If you are interested in learning more about or participating in this great local effort, contact Arwen Marker with Pennington Biomedical at 225-763-3080.