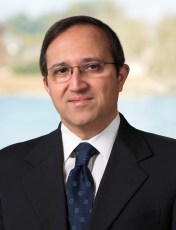 "Dr. Dhurandhar's work in obesity research is internationally recognized, and he is an excellent candidate to hold this professorship. We are also grateful to the Coypu Foundation Trust for establishing this endowment," said Dr. Steven Heymsfield, Executive Director of the Pennington Biomedical Research Center. "We are pleased that this professorship is named in honor of one of our most dedicated supporters, John Hernandez," added Dr. Heymsfield.

"I am very grateful to receive this professorship. It encourages me to work even harder to meet and exceed the expectations that such an honor brings," said Dr. Dhurandhar.

Dr. Dhurandhar is a physician and received his Ph.D. in biochemistry from the University of Bombay. As a faculty member at the Pennington Biomedical Research Center, he leads the Infection and Obesity Laboratory. The focus of his research is to understand the causes of obesity, specifically obesity caused by certain viral infections. He is also investigating how some beneficial properties of certain viruses could be exploited for treating diabetes. Dr. Dhurandhar joined the faculty of Pennington Biomedical in 2005. He was recently named as vice president of The Obesity Society for 2012-2013, and is in line to serve as president of the leading scientific organization in the field beginning in 2014.

The Coypu Foundation Trust was created by the late John S. McIlhenny, who was an avid supporter of Pennington Biomedical during his lifetime. This professorship is named in honor of John H. Hernandez, who was one of the original trustees of the Coypu Foundation Trust. Mr. Hernandez, who before his retirement as a trustee in 2011, worked diligently to honor the wishes of Mr. McIlhenny. John and his wife Polly are longtime generous, donors to Pennington Biomedical.