Jeff Friedman to be Honored at Pennington Biomedical Research Center 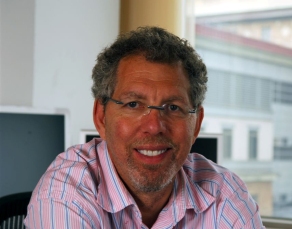 On Friday, May 17, he will be honored at the Pennington Biomedical Research Center in Baton Rouge at 11 a.m. in the Reilly Auditorium, where he will also present his work to the faculty and research staff.

Dr. Friedman, the Marilyn M. Simpson Professor at The Rockefeller University and investigator at Howard Hughes Medical Institute, was nominated for the honorary degree by Pennington Biomedical and LSUHSC for his extraordinary scientific achievement in the field of molecular genetics, and particularly for his discovery of leptin, a hormone that regulates food intake and body weight.  Dr. Steven Heymsfield, M.D., executive director of Pennington Biomedical, said, "Dr. Friedman has made groundbreaking contributions to our understanding of the molecular genetics and the molecular mechanisms that regulate food intake and body weight.  His discovery of leptin led to a global transformation in the way scientists viewed biological mechanisms regulating body weight."

Having worked in obesity research for over 30 years, Dr. Friedman is a physician scientist who has served in faculty positions at The Rockefeller University, Howard Hughes Medical Institute, and the Starr Center for Human Genetics.  He has published over 130 peer reviewed scientific papers which have been cited over 25,000 times in the scientific literature. Dr. Friedman received his M.D. from Albany Medical College of Union University in 1977 and his Ph.D. from The Rockefeller University in 1986.

Dr. Friedman is a member of the National Academy of Sciences and the Institute of Medicine.  Other honors for his scientific and pioneering work in medical research include the 2010 Albert Lasker Award for Basic Medical Research, the 2009 Shaw Prize in Life Science and Medicine, and the Danone International Prize for Nutrition.  Dr. Friedman's work was referred to in Time Magazine's Best of Science Section in 1995 and 1996