BATON ROUGE, LA—Interim President William L. Jenkins announced today that Steven Heymsfield, M.D. will step down as Executive Director of Pennington Biomedical Research Center to fully devote his time to his research interests after leading the Center for the past three years. Jenkins also announced that William T. Cefalu, M.D. will be appointed Executive Director of Pennington Biomedical. Cefalu’s appointment will be presented to the LSU Board of Supervisors during its June 7th board meeting. 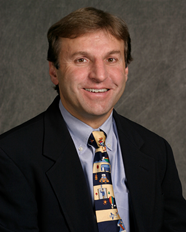 Heymsfield, recognized as one of the world’s leading obesity researchers, will remain on the faculty of Pennington Biomedical. A prolific scientist, he has continued to be actively involved with ongoing investigations and his research publications are highly cited.

“I have enjoyed the opportuniy to lead such a prestigious institution but I look forward to focusing my energy and creativity fully towards my research interests,” said Heymsfield. He continued, “one of the appeals in coming to Pennington originally was that many of my longtime collaborators were here and now I will have the time to focus on delving into some of the important‘big science’ research questions and to help Pennington Biomedical take the next step in leading the effort to address the major chronic diseases so prevalent in our nation.”

Heymsfield has been credited with placing greater focus on Pennington’s industry and commercialization efforts.

William Silvia, President of the Pennington Medical Foundation commented, “Under Dr. Heymsfield’s leadership and given his appreciation for advancing science from a business perspective, the Pennington Biotech Initiative was launched and now houses several start-up ventures.”

Among his other achievements as Executive Director, he re-organized the Center’s research and administrative structure to focus on major emerging health issues and the Center’s emphasis on chronic disease prevention. Further, he has been instrumental in facilitating new collaborations and research ventures with other state institutions that leverage resources and enhance individual research programs.

“On behalf of our donors and key stakeholders in this community and beyond, we are grateful to Steve Heymsfield for his dedicated service to Pennington Biomedical over these past three years and look forward to his continued success as one of the leading researchers in the field,” said Jennifer Winstead,President/CEO of the Pennington Biomedical Research Foundation.

William Cefalu, who will assume the helm, is a Louisiana native that returned to Pennington Biomedical in 2003 after stints at UCLA, Wake Forest University School of Medicine and University of Vermont College of Medicine. Cefalu has proven to be one of the most successful grant-winning researchers in the Center’s 25-year history. Under his leadership, Pennington Biomedical received an NIH center grant in 2005 to fund the Center for the Study of Botanicals and Metabolic Syndrome, one of only 5 federally funded botanical research centers in the country, and successfully renewed funding for the NIH center until 2015 with the total award since inception of approximately $ 16 million. In July of 2012, with Cefalu serving as Principal Investigator, the NIH awarded a $20 million grant to support the Pennington Biomedical-led Louisiana Clinical and Translational Science Center(LACaTS).

In appointing Cefalu, Interim President William Jenkins said, “As you might imagine given his outstanding achievements and reputation, Dr. Cefalu has been highly sought after by other research institutions. We all recognized that he was a natural choice to lead Pennington Biomedical in the future.”

“Much like Louisiana and its culture, Pennington Biomedical is truly unique. I am deeply honored to accept this appointment, particularly in this 25th anniversary year, and to follow in the footsteps of all the outstanding executive directors who have preceded me,” said Cefalu. “Given the economic realities our country and region are facing, it has been a challenging time for research and academic institutions in recent years. However, given the “state-of-the-art” facilities, world class faculty, and exceptionally trained staff, Pennington Biomedical is in a unique position and has a great opportunity to further advance Pennington Biomedical’s leadership role in the areas of nutrition, obesity, diabetes and healthy aging.“

Dr. Cefalu, the Douglas L. Manship, Sr. Professor of Diabetes, has most recently served as Chief Scientific Officer for Pennington Biomedical, while also lending his leadership efforts as Chief, Joint Program on Diabetes, Endocrinology and Metabolism, a joint academic program of Pennington Biomedical and the LSU Health Sciences Center School of Medicine in New Orleans. Additionally he serves as Editor-in-Chief for the journal Diabetes Care, the primary clinical research journal of the American Diabetes Association.