We're learning more about how cravings may contribute to obesity.

Dr. Heike Munzberg-Gruening has long been following clues in her research on factors in our brains that may affect the development of obesity – namely hormonal clues like leptin. In examining the different hormones related to obesity, Dr. Munzberg-Gruening stumbled upon something unexpected.  She found that reward circuits in our brain may play an even more important role in weight gain than researchers previously determined. 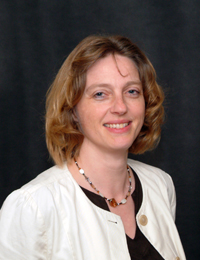 In short, those intense cravings that seem to derail even the best attempts to stick to a healthier diet may be more than a just lack of self-control—they may be powerful signals from our brain that drive us to eat what we shouldn't, when we shouldn't.

To better understand the nature of cravings and the role of the hormone leptin, Munzberg-Gruening and her team at LSU's Pennington Biomedical Research Center compared typical mice with those that were missing a select portion of leptin receptors in a part of their brain called the lateral hypothalamus and in a subset of neurons that produce the neuropeptide galanin, which is associated with how we select macronutrients, or what we eat.

They found no initial difference in body weight between the two groups of mice, but their eating patterns were vastly different.

Unlike the control group, the mice that were missing leptin receptors in galanin neurons were ultra-focused on obtaining sweet foods. When placed on an incentive runway with a sweet cereal at the end, these mice aimed directly for that reward.  In contrast, the control group set off toward the reward but often got distracted.

Munzberg-Gruening was surprised when the galanin deficient mice seemed obsessed with sweet foods but did not gravitate toward fatty foods the way mice in the control group did.

"This research suggests that there are two parallel reward pathways in the brain—not just one, like we'd previously thought—that determine if we prefer either fatty or sugary foods, or both," said Munzberg-Gruening.

While the two groups of mice maintained about the same weight in the beginning of the study, the mice lacking galanin receptors focused on sugary foods and ended up gaining significantly more weight than the control group, even though both groups ate the same amount of calories.

"We often hear that if you eat too much fat and sugar, you'll gain weight," said Munzberg-Gruening, "But until now, research has lagged behind to prove that a fat or sugar craving influences body weight."

This research study is one of the few to show that genetic changes to feeding circuits, or to the reward pathways in our brain that drive select macronutrient cravings, can contribute to obesity. With a better understanding of the brain's role in regulating our weight, researchers can be better equipped to create targeted treatments for obesity as they move forward.

"It's an exciting time for researchers at the lab bench like myself, because people are starting to appreciate the substantial role that reward circuits play in body weight," said Munzberg-Gruening.

"Unlike people who struggle with other types of addictions, those who are obese cannot simply abstain from eating, which is why our research is so important. With a better understanding of how cravings work, we can find improved ways to combat them and ultimately help people live healthier lives," she added.

In the future, Munzberg-Gruening and her team are looking forward to conducting more research about how hormones work together in different parts of the brain to regulate body weight.

Given the countless combinations of our body's hormones and ways they can affect various regions of the brain, her team will continue seeking ways to better explain the complex connections between the body and the brain.