You Exercise Faithfully... Why Aren’t You Losing More Weight? 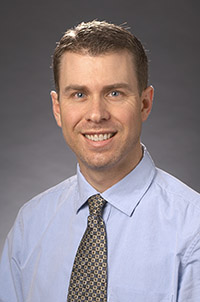 Baton Rouge, Louisiana -- It's well-known that people don’t lose as much weight as expected by exercising. A new study, led by Drs. Corby Martin and Tim Church, identifies why.

The new study by Pennington Biomedical looked at people who were overweight or had obesity over a six-month period.  Participants were placed into three groups:

One of the main findings from the study is that the reason for compensation is increased food intake.  Levels of activity outside of the structured exercise did not change, but people in the exercise groups experienced an increase in energy (food) intake.  Specifically, the low- and high-dose groups increased energy intake by 91 and 124 calories per day, respectively.

"This increase really adds up over time, and it diminishes the effect that calorie-burning exercise has on body weight," Dr. Martin said.

The findings from this study have important health implications for people who wish to manage their weight.  For example, the findings indicate that, in order to reduce compensation and maximize weight loss from exercise, people need to focus on their food intake and avoid the increase that can occur with long-term exercise.  Nonetheless, exercise alone might not produce the amount of weight loss desired.

Therefore, Dr. Martin stressed that "If significant weight loss is the goal, it is best to follow a healthy diet and exercise program under the direction of a health professional."

"Once weight is lost, watching what you eat is an important part of keeping the weight off, and high doses of exercise also help promote long-term weight-loss maintenance," Dr. Martin added.

"Effect of Different Doses of Supervised Exercise on Food Intake, Metabolism and Non-Exercise Physical Activity: The E-MECHANIC Randomized Controlled Trial" was published in The American Journal of Clinical Nutrition.

The content is solely the responsibility of the authors and does not necessarily represent the official views of the National Institutes of Health.