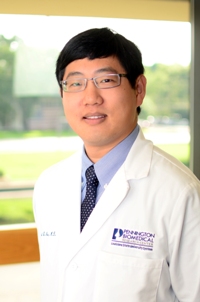 Baton Rouge, Louisiana -- A national clinical trial found that vitamin D supplements do not significantly reduce the likelihood of developing type 2 diabetes in people at high risk for the disease.

"This study is important because so many people in Louisiana, the United States, and the world live with type 2 diabetes.  Even more people have prediabetes and are at risk for developing the disease.  While the study did not show a significant difference in delaying type 2 diabetes with vitamin D supplementation in certain people, it does provide a path for future research in those with low vitamin D levels," said Dr. Daniel Hsia, Assistant Professor at LSU's Pennington Biomedical Research Center and local site investigator.

The "Vitamin D and Type 2 Diabetes (D2d)" study was the largest clinical trial to specifically examine whether vitamin D can help prevent the progression from prediabetes to diabetes. The D2d study included 2,423 people at high risk for diabetes from 22 centers across the country. Pennington Biomedical served as one of the trial centers and enrolled 49 volunteers.

"While observational studies indicated a connection between higher vitamin D levels and reduction of type 2 diabetes risk, our large clinical trial did not find statistically significant evidence that vitamin D supplementation lowers the risk of diabetes in the general prediabetes population," said Dr. Anastassios G. Pittas, Endocrinologist and Co-Director of the Diabetes and Lipid Center at Tufts Medical Center, and Primary Investigator of the D2d study.

During the D2d study, participants were given either 4,000 units of vitamin D per day or a placebo.  The study participants received blood tests – twice per year for an average of two-and-a-half years – to monitor for the development of diabetes.  The vitamin D group did not experience any negative effects of supplementation.  Their risk of kidney stones, high blood calcium or reduced kidney function did not increase.  However, vitamin D also failed to reduce the risk of diabetes by the target level of 25 percent or more in the total study population.

The results of the study were released today at the American Diabetes Association's 79th Scientific Sessions in San Francisco.  The New England Journal of Medicine published study results online at the same time.

Dr. Pittas said the way the body responds to vitamins, like vitamin D, probably depends on a person’s vitamin levels.

About 80 percent of the D2d participants' vitamin D levels were considered sufficient by U.S. nutritional standards at the start of the study, Dr. Pittas said. This high percentage may have reduced D2d's ability to detect an overall benefit of vitamin D in the total study population.

However, when the researchers looked at only participants with prediabetes who also had very low vitamin D levels when they joined the study, vitamin D supplementation appeared to reduce the risk of diabetes.

"But since only about 4 percent of the study participants had low levels of vitamin D initially, no firm conclusions can be drawn and further research is needed to confirm this preliminary observation," said Dr. Pittas.

The study's findings do not alter the need for all people to meet the National Academy of Medicine’s daily vitamin D requirement, Dr. Pittas said.  People at high risk for type 2 diabetes should commit to lifestyle changes that lower their chances of developing the disease.  The recommended changes include an improved diet, weight loss and increased physical activity.

D2d (ClinicalTrials.gov number NCT01942694) was supported under NIH grant U01DK098245. The National Institute of Diabetes and Digestive and Kidney Diseases, part of NIH, was the primary sponsor of the trial, with additional support from the NIH Office of Dietary Supplements and the American Diabetes Association. Support in the form of educational materials was provided by the National Diabetes Education Program.