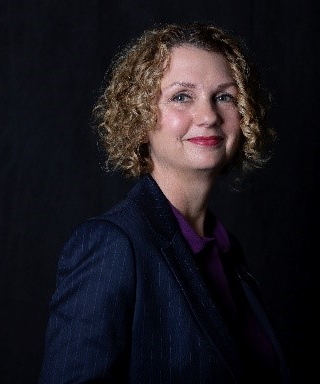 "For warfighters, even a slight decrease in muscle or brain function can be life-threatening," said Jennifer Rood, PhD, associate executive director for Cores and Resources at Pennington Biomedical. "If we can help soldiers maintain their physical and mental performance, that can help more of them come home safely."

During a military operation, the average soldier burns through more than one and a half times the calories that the average American does each day, Rood said. The problem is that under high-stress conditions and intense physical activity, soldiers typically sleep very little, and the sleep they get is frequently interrupted. The soldiers also consume far fewer calories than their bodies need.

"As a result of prolonged operational stress, the soldiers' testosterone and other hormone levels plummet. They lose fat and muscle mass, and are injured more frequently," Rood said. "They experience mental fatigue that can affect memory and concentration and make them less alert. Overall, the soldiers' combat readiness declines."

Pennington Biomedical, one of the world's leading obesity research centers, helped collect the operational-stress data from warfighters in field settings across the globe.

Under one award, a three-year, $3.5 million clinical trial with the U.S. Army Research Institute of Environmental Medicine (USARIEM), Pennington Biomedical will examine whether it is possible to prevent the loss of weight and muscle mass by maintaining warfighters' testosterone at normal levels with a long-acting, low dose of the hormone.

The new research will build on Pennington Biomedical's earlier work in this area, called the Optimizing Performance for Soldiers study. The study suggested that supplemental testosterone may increase muscle mass and reduce weight loss in young men who burn more calories than they consume over the short term.

Pennington Biomedical will analyze hundreds of thousands of samples from USARIEM studies. Research underway for the Military Nutrition Division includes examining biochemical markers of stress and resiliency that may predict military career success and injury, studying how high altitude affects carbohydrate metabolism during exercise, and determining whether nutritional intake is linked to physical performance declines.

"We are looking for the optimum fuel to feed our warfighters to maximize mental and physical function," Rood said.

"Scientists from the Military Nutrition Division and Pennington Biomedical have a strong history of collaboration," said Dr. James McClung, chief of USARIEM's Military Nutrition Division. "The Optimizing Performance for Soldiers award offers a new opportunity for the collaborative team to execute contemporary physiology research aimed at improving medical readiness and optimizing the performance of Warfighters. Studies associated with this award will provide the evidence required to make critical policy recommendations in support of Warfighter health and performance."

Rood said the new study could be truly "translational." The Army could use the clinical trial's findings to directly benefit warfighters.

Pennington Biomedical's research and lab awards will provide salary support for approximately 23 employees, most of whom are directly involved in nutritional research. In addition, economist Jim Richardson has said that for each $1 million Pennington Biomedical spends on research, more than 21 new jobs are created outside of the facility and close to $2 million is generated in new business sales.