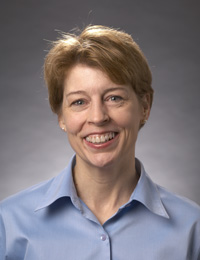 Baton Rouge, Louisiana -- Russian tarragon and bitter melon supplements may be less helpful for women than men when it comes to combating metabolic syndrome, whose symptoms include high blood sugar, high blood pressure and excess fat around the waist.

A study published in the journal Biology of Sex Differences found that female mice on a high-fat diet given supplements of Artemisia dracunculus L. (Russian tarragon) gained more weight and body fat than the mice that just ate a high-fat diet. However, the female mice did not become overweight or obese.

There was no change in weight or body-fat percentages among female mice on high-fat diets that received supplements of Momordica charantia (bitter melon).

“Our studies in mice have always used male mice that are obese and insulin-resistant as a result of eating a high-fat diet,” said Elizabeth Floyd, PhD, co-director of LSU’s Pennington Biomedical Research Center’s Botanical Dietary Supplements Research Center. “In this study, we looked at female mice on the same high-fat diet and asked if an extract from Russian tarragon or bitter melon had the same positive metabolic effects in females as we’ve always seen in the male mice.”

Early indications show the female mice did not benefit as much as the males from the two extracts.

“Unlike the males, the females didn’t have improved insulin sensitivity, and the data suggests that the females’ livers responded to the botanical extracts by producing more glucose, or blood sugar,” Dr. Floyd said.

Although the female mice’s livers produced more blood sugar, both Russian tarragon and bitter melon lowered the fat content in the mice’s livers. Fat accumulation in the liver is associated with insulin resistance and poses a serious health concern when coupled with obesity.

The study’s findings are important because women who are normal weight and generally in good health account for a large portion of the population that takes dietary supplements. The National Center for Complementary and Integrative Health provided some of the research funding.

“The center supports dietary supplement research because so many of us are taking these supplements, and the health benefits and potential health problems associated with the supplements aren’t always known,” Dr. Floyd said.

There are some limitations to the study findings.

The female mice did not become obese on the high-fat diet, Dr. Floyd said. That may be due to the females’ much higher activity levels compared with male mice fed the same diet.

“Because the females remained normal weight, it may be that the benefits of the botanical extracts are only observed with obesity,” Dr. Floyd said. “We’re conducting studies to answer this question. But the results could also point to important sex-dependent differences in how men and women respond to dietary supplements, particularly if the women are not overweight or obese.”

“Potential adverse effects of botanical supplementation in high-fat-fed female mice” was supported by the National Center for Complementary and Integrative Health grant P50AT002776, the Center of Biomedical Research Excellence grant NIH8 1P30GM118430-01 from the National Institutes of Health, and Nutrition Obesity Research Center grant # P30DK072476 titled “Nutrition and Metabolic Health Through the Lifespan” sponsored by the National Institute of Diabetes and Digestive and Kidney Diseases.