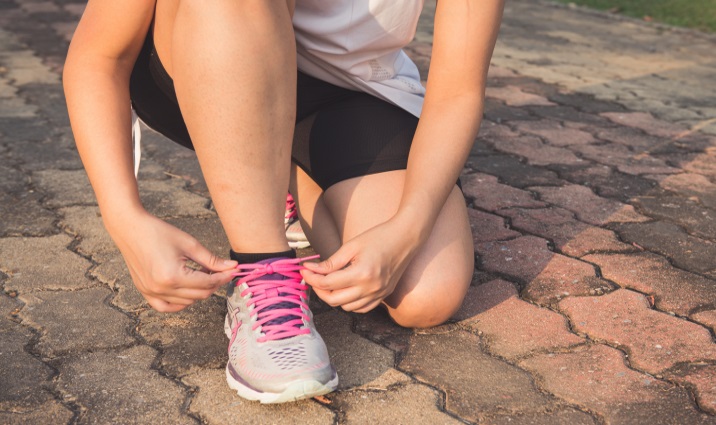 Dr. Peter Katzmarzyk is on the frontlines of the battle for better population health.

A North Bay, Ontario, Canada native, Katzmarzyk has established international credibility as a population health scientist. Among his many achievements is his appointment to the 2018 Physical Activity Guidelines Advisory Committee by the U.S. Department of Health and Human Services.

As a member of the committee, Katzmarzyk reviewed the scientific evidence that would inform the development of the upcoming 2018 Physical Activity Guidelines for Americans. This second edition of the guidelines will build upon the 2008 guidelines and will be released in late 2018.

His other accolades include the American College of Sports Medicine New Investigator Award, recognition as Queen's National Scholar from Queen's University, the Picard Award from Louisiana Action for Healthy Kids for excellence in education to prevent childhood obesity, and many more.

With such a storied scientific career, it may be hard to imagine Katzmarzyk in any other field. Indeed, he always held a passion for exploration, but as a child he manifested that passion into the outdoors. He spent much of his childhood and teen years exploring the wildlands of backcountry woods in Northern Ontario.

He laughs and says: "However, at some point I must have realized that lifestyle was not very sustainable, and I switched my focus to other forms of exploration, which led me down the path to science."

Approaching the end of his undergraduate degree, Katzmarzyk had no idea a career in research was possible. He majored in human kinetics at the University of Guelph in Ontario, Canada. A mentor invited him to enter the master's program at Guelph and, after a summer of field work in Siberia, Katzmarzyk was hooked on research.

"I knew about the world-class research being conducted at Pennington Biomedical long before I came here," Katzmarzyk said. "After meeting with several faculty members, I saw how my research would fit into the bigger picture of the center’s mission."

Katzmarzyk is proud to work at Pennington Biomedical as it directly addresses the major health problems of the state. Obesity, diabetes and related comorbidities take an enormous toll on Louisiana's health care.

"Our research, from basic science discoveries to community interventions, has the potential to greatly reduce the health care burden associated with these conditions," Katzmarzyk said.

A central focus of Katzmarzyk's research has been on understanding ethnic differences and health disparities in obesity and related conditions, such as diabetes and high blood pressure. For example, his lab studies the best way to adapt lifestyle interventions into primary care settings to reduce obesity in underserved populations.

Upon his arrival at Pennington Biomedical, a major goal was to develop a cohort study from the more than 20,000 volunteers who previously participated in clinical trials at the center. It took several years of effort, but resulted in the Pennington Center Longitudinal Study, which utilizes data from the past 20 years.

The PCLS now serves as a major resource for scientists about ethnic differences in health risks.

Katzmarzyk maintains his research focus on physical activity and obesity in children. The resources in Pennington Biomedical's Translational Research Center for Children facilitate pediatric work. TReCC is a full-service clinic with several examination rooms, metabolic chambers, an exercise room, an outdoor playground, a demonstration kitchen for family meal preparation and instruction, and more.

Katzmarzyk admits it can be frustrating to work in public health in a state like Louisiana, which is consistently ranked 50th for health outcomes – with no real signs of improvement. But he remains convinced that the work at Pennington Biomedical has the potential to address the state's health issues, especially through translational research.

Translational research involves moving knowledge gained in laboratory settings to application in clinical and community settings. This concept is often summarized by the phrases "bench-to-bedside" and "bedside-to-community" research.

Katzmarzyk is an advocate for collaborative translational science.

"The days of isolating ourselves within our own labs is largely a thing of the past," he said. "We hear more and more about team science, and I believe these approaches will lead to the next great health discoveries and real impacts on our population health."

Large-scale shifts in population health may take several decades, he said, but those shifts start at the local level. Simply making healthier choices easier for the population – such as better access to nutritious food and opportunities for exercise – is a good start.

Katzmarzyk hopes that creating healthier community and school environments will open the door to health-enhancing behavior changes in the population. Behavior change is the foundation of all health improvements, but it can start with something as simple as reaching for an apple rather than a cookie.

"All of our research divisions have the potential to contribute to health improvements, and we are working hard to align our efforts in order to achieve those goals," Katzmarzyk said.