A tale of two tribes

Running water, paved roads and electricity were non-existent for the Mexican Pima Indians twenty years ago, but as access to these modern-day essentials has grown, so have the waistlines of the people who live in the Pima community in Mayocoba, Mexico. These growing waistlines have left people in this community with an increased prevalence of obesity and type 2 diabetes. 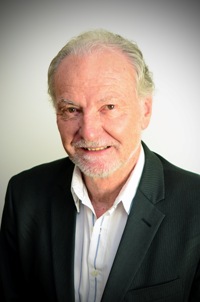 In the first-ever description published in a scientific journal, Dr. Eric Ravussin and his colleagues catalogue two groups of Pima over 15 years, one in Arizona and one in Mexico, and explore the effects of changing cultures on their health.

What Ravussin found is that in the 1990s, Pima Indians in Arizona - who have long had access to high-fat Western foods - suffered from an obesity rate in men 10 times higher and a diabetes rate more than five times higher than among the Pima in Mexico, who until recent years grew their own food and spent their days farming or hunting. Over time, paved roads, modern technology and access to high-fat foods have reached the Mexican Pima culture, and its people have struggled to maintain their health.

"This was an experiment designed by nature," explained Ravussin, who has made a handful of trips to visit and assess the Mexican tribe over two decades.

"We can't change our genes, but science is learning that we can influence how they affect our health," writes Dr. George Bray in an editorial analyzing the study.