If you've struggled to get pregnant or know someone who has, there is a decent chance that a common hormonal disorder played a role.

PCOS, or Polycystic Ovary Syndrome, is the most common reason why many women have trouble getting pregnant. It affects 1 in 12 women around the world, which translates to 15 percent of women who are of reproductive age. 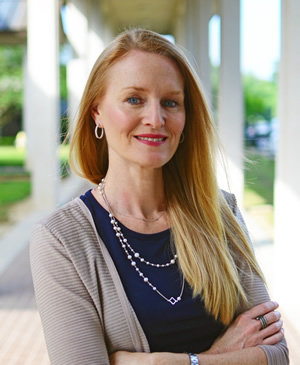 "It can be incredibly frustrating for families who are trying to conceive and aren't able to get pregnant," said Dr. Leanne Redman, who studies maternal and infant health at LSU's Pennington Biomedical Research Center. She is leading up a study with scientists and endocrinologists around the country aimed at better understanding PCOS.

PCOS develops when patterns of hormone signals from the brain become irregular and the ovaries make more testosterone than they should. Insulin from the pancreas can also contribute to this process which is why many women who suffer from PCOS are also insulin resistant.

"I've talked with many women throughout my career who have dealt with PCOS and it's heart-wrenching for them, particularly after many months and sometime years of trying to conceive. If we can better understand the genes behind this disorder, then we may be able to develop better therapies to help women prevent a diagnosis or to better treat PCOS," Redman said.

"We already know that PCOS runs in families, so genes play an important role in the disorder," said Redman, who holds the LPFA Endowed Fellowship at Pennington Biomedical.

The PCOS Gene Mapping Study is underway right now and its goal is to identify specific genes that increase the likelihood of a woman developing PCOS. To add to the already thousands of women we have studied, Redman and her team are now looking for women of African American heritage between the ages of 18 and 40 to participate in the PCOS Gene Mapping study.

"We also know that the number of women affected differs by ethnic groups, so by studying the genes of large groups of women from diverse ethnic backgrounds, this research study hopes to identify the specific genes that increase PCOS risk, so we can better understand how the disorder develops."

If you're interested in participating in this research study, call 225-763-3000 or visit www.pbrc.edu/PCOS for more information.


For more information on how you can support this and other projects at LSU’s Pennington Biomedical Research Center, visit www.pbrf.org.