Adipose tissue, or body fat, plays an important role in the how the body maintains its metabolism. The global rise of obesity, along with the increased risk for complications such as type 2 diabetes, has intensified research on the role of adipose tissue. 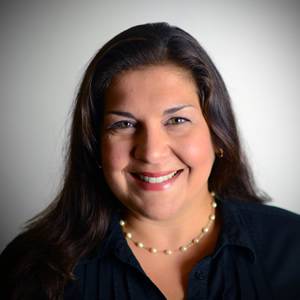 Dr. Carrie Elks
Dr. Carrie Elks, assistant professor of research, works in the Matrix Biology Laboratoryat LSU's Pennington Biomedical Research Center. She researches how adipose tissue's extracellular matrix affects the body's function and metabolism. Her current research focuses on how cytokines affect the function and composition of the adipose tissue extracellular matrix, and how alterations in the adipose tissue extracellular matrix affect adipocyte function and insulin sensitivity. Cytokines are proteins that have specific effects on interactions and communications between cells. Adipocytes are the adipose tissue cells specialized in storing energy as fat. The main goal of the Matrix Biology Laboratory is to study connective proteins, obesity and diabetes, primarily focusing on fat tissue. Researchers also study bone tissue and mammary glands, along with the roles of proteins surrounding the cell have and how they can be manipulated to treat obesity or diabetes.

A team of nine researchers from Louisiana, California, and Indiana researched the function of a specific cytokine to better understand its effects in adipose tissue. The cytokine that they investigated, oncostatin M (OSM), is produced in adipose tissue, but not by adipocytes. This family of cytokines regulate a diverse array of biological processes, including immune responses, inflammation, stem cell potency, and neuronal survival. It is important to note that several actions of OSM are unique from other cytokines in its family.

In the adipose tissue of obese mice and humans, OSM expression is significantly induced. A majority of studies support a role for OSM in promoting metabolic dysfunction. Elevated OSM levels are found in a variety of inflammatory and fibrotic diseases in humans and animals. The OSM-specific receptor is expressed in adipocytes, but its function remains largely unknown. Despite a large number of research studies showing associations between OSM, inflammation, and metabolic dysfunction, several recent reports suggest OSM is a potential agent for obesity treatment.

When asked what surprised her the most with these results, Dr. Elks said, "We found that the animal models were longer with denser bones. How can we knock out this receptor on a fat cell and get bigger bones?" Because the researchers did not expect to see any change in bone density, they are now conducting side experiments for further investigation.

Could inhibiting OSM be a potential obesity treatment? According to Dr. Elks, this is a tricky question. OSM has been widely studied in the cancer field. Depending on the type of cancer cell or tumor, inhibiting OSM can be good or bad. Previous research shows that too much OSM is a bad thing, but a little bit of it is needed for normal function. It is context-dependent as a treatment.

This basic science research is part of Pennington Biomedical's larger mission of putting science to work for a healthier Louisiana.

"This research adds a piece to the puzzle of how different proteins and molecules can interact to promote or aggravate obesity and diabetes," Dr. Elks said. "It helps us understand the adipose tissue immune response in obesity. Not long ago, people thought adipose tissue only stored fat. It is actually very active and has important endocrine functions."

You can read the research article, "Loss of Oncostatin M Signaling in Adipocytes Induces Insulin Resistance and Adipose Tissue Inflammation in Vivo," in the Journal of Biological Chemistry.