There's a special kind of exercise that many parents likely relate to the video games their kids play at home—great exercises in patience, that is. Patience with their children who often spend hour after hour consumed with punching buttons and scoring points, often at the neglect of their homework, chores and pretty much everything else. 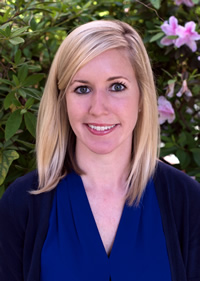 Although video games are often characterized as the villain, adding to the growing amount of "screen time" in kids' lives, Dr. Amanda Staiano at LSU's Pennington Biomedical Research Center sees them as a key to helping children get healthy and stay healthy for a lifetime. Her approach—if you can't beat ‘em, join ‘em.

"Screens are everywhere in our lives, and they are here to stay. I'm looking for ways to use those screens such as smart phones, computers, televisions and tablets to incorporate more physical activity into kids' lives," said Staiano, who is director of Pennington Biomedical's Pediatric Obesity and Health Behavior Laboratory.

This fall, Staiano began a research study for kids called GameSquad. It is a program in Pennington Biomedical's Translational Research Clinic for Children (TReCC) that bundles sports, video games and fun in an attempt to boost physical activity.

The study is seeking volunteers between the ages of 10 and 12 years old to join GameSquad. Participants will take an Xbox® Kinect home with them for six months, and will be asked to play "exergames" (or activity-promoting video games) for one hour a day, three days a week.

"This is fun for kids because they don't feel like they're exercising. They are looking at a screen, playing virtual sports and being entertained," said Staiano.

Staiano and her team believe that interconnectivity is the key to ensuring that the teens and tweens in GameSquad stick with an exercise program long-term.

"What makes this research study truly unique is that we are using online tools to connect teens and tweens to our fitness coaches, who will video chat with them and provide extra support and encouragement," said Staiano.

If participants slack off, their friends and gaming coaches will know it, because unlike some other video games, the Xbox® Kinect tracks players' movements and awards points based on how closely their movements mirror that of the character in the game that the player tries to mimic. To win, players must give it their all.

With nearly one in two children in Louisiana overweight or obese*, Staiano is devoted to exploring innovative ways to help children establish a healthy baseline early in life.

"We know that if children can maintain a healthy weight early on and avoid gaining too much weight, they are far less at risk to develop obesity, diabetes, heart problems or other chronic diseases later in life," said Staiano. "Ultimately, we see telehealth as the wave of the future, and as researchers it's our job to use every tool in our toolbox to create a healthier world for our children."

Parents of children between the ages of 10 and 12 who are interested in learning more about the GameSquad research study can find more information at www.pbrc.edu/healthierLA or by calling 225-763-3000.