Your genes may not determine your weight fate

Are you one of the millions of people who, at some point in your life, has rolled your eyes and blamed your mother and father for one genetic shortcoming or another? Most of us are guilty of it. Perhaps your eyelashes are not quite long enough or you wish your eyes were a different color. Maybe your muscles do not carry the definition you would like, or perhaps you carry too much extra weight. 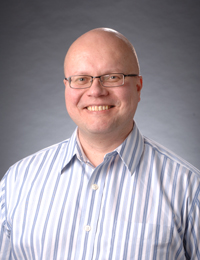 Finding the line between nature and nurture can be tricky, according to Dr. Tuomo Rankinen at LSU's Pennington Biomedical Research Center. He works in the Human Genomics Laboratory and studies how our genes play a role in our bodies, with a focus on how responsive the body is to exercise.

Rankinen estimates that for most people in our population, between 40 and 60 percent of our body weight comes from the genes that we inherited from our parents; however, the genetic effect for each person may vary from as little as 1 percent to as much as 99 percent. This means that it is not guaranteed that our body shape or fitness level will mirror that of our parents.

"There is clearly a genetic component here, but it is unlikely that genetics are the only driving force," explained Rankinen. "If your parents are overweight, it may make it easier for you to gain the weight, but it certainly does not mean that you will gain it no matter what."

The genes we inherited may mean that we just have to work harder to keep extra weight off. Rankinen says if our parents or siblings carry extra weight, it can increase our chances of being overweight or obese – and combatting the extra pounds is possible.
Rankinen suggests everyone should work in 150 minutes of moderate to vigorous exercise each week, which could be broken down into 30 minutes of physical activity each day. Brisk walking is a good example of moderate intensity activity, and slow jogging can get you to that vigorous level, Rankinen said, adding that anything which gets us moving is a good place to start.

For Rankinen, who has always had to work harder than most to maintain his healthy weight, that means an hour-long walk around a lake every day at minimum. Injuries have kept him away from the gym he once loved, so now Rankinen also runs regularly to preserve his health.

"I'm one of those people who have to add in more than the recommended amount of exercise to maintain my weight," Rankinen said.

"What we know is that although our genes do play a role in what the scale says, our environments have a very large impact on our weight also," Rankinen explained.

Parents who eat fewer fruits and vegetables tend to have children who follow that path later on in life, along with parents who choose a sedentary lifestyle over one that incorporates physical activity, Rankinen said.

"In our classic genetic studies, it has been easy for researchers like me to differentiate between weight gained from an environment and weight gained from genetics," Rankinen said. "Now the challenge is to isolate the genes—and their mutations—which contribute to weight gained because of someone's genes."

Rankinen, along with fellow researcher Dr. Claude Bouchard, is looking into the genes that play a role in our weight. The three researchers received accolades in 2015 as part of a worldwide network of researchers studying the genetic factors contributing to obesity. It is the largest genetic study of obesity to date.

Along with hundreds of their colleagues around the world, Rankinen and his Pennington Biomedical counterparts helped to uncover 97 genetic factors which contribute to obesity, 56 of which were previously unknown.

This is a tremendous step forward in working to figure out exactly how our genes play a role in our weight, Rankinen noted, although there is plenty of work ahead in the years to come.

"Eventually, this research may help physicians personalize treatments for obesity, because they will better understand the genetic components of weight," Rankinen said.

Rankinen estimates there could be thousands of undiscovered genetic factors that play a role in our weight, which is why he and his colleagues at Pennington Biomedical and around the world are continuing their search for these genes and to figure out how exactly they work.

In the meantime, he is continuing to follow two proven methods for controlling weight:  keeping an eye on his calories and making sure he is moving around throughout his day. Rankinen said those two seemingly small habits add up to quite a few pounds over the years, which reinforces the importance of including a healthy routine into your everyday lifestyle.

While we thank our parents for some genes, Rankinen said we may not need to throw our hands up and give up on the battle against those extra pounds.

"Those small, healthy practices may make a difference of 20, 30 or 40 pounds over the years," Rankinen said.