Doctors and clinicians are currently only able to accurately monitor the long term exposure to one of these risky conditions: blood sugar that rises too high. Through a test known commonly as the Hemoglobin A1C test, clinicians are able to see a patient's average blood sugar levels over a three month period to check whether their levels surged too high. While A1C testing is indispensable for physicians who are treating patients with diabetes, what if there were something more that could detect a chronic problem with blood sugar that is dangerously low?

That's exactly what scientists at LSU's Pennington Biomedical Research Center are working toward. 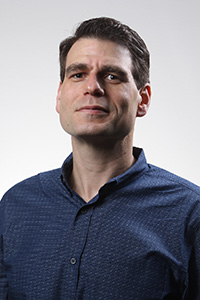 "We know that people with diabetes can repeatedly experience low blood sugar, or hypoglycemia. Over time this causes them to lose the ability to identify the telltale signs of hypoglycemia, such as sweating, nausea or irritability," said Dr. David McDougal, assistant professor of research and scientist at Pennington Biomedical's Neurobiology of Metabolic Dysfunction Lab. "That's when it becomes tricky, because if someone's blood sugar drops too low, but they don't have the ability to recognize that something is wrong, they risk very hazardous repercussions, such as slipping into a coma."

McDougal wondered if he might be able to lay the groundwork for a future test to detect whether a patient has experienced chronic low blood sugar over time, much like the A1C test does for high blood sugar.

That's when he and his colleagues developed the GLIMpSE research study. GLIMpSE is designed to investigate how brain metabolism is impacted by prolonged fasting, which naturally causes moderately low blood sugar.

To observe how fasting has an impact on the brain, researchers ask participants to fast before several MRIs. During the scans, researchers will take a series of images from the MRI scan that will show how the brain metabolizes compounds labeled with carbon 13, a stable isotope of carbon that's found in nature. If metabolism in the brain is altered, scientists will be able to detect a change in these labeled compounds in the brain, and thus, be able to measure a temporary change in how the brain's chemistry works.

With this information, McDougal and his colleagues can better understand some of the variations in brain metabolism during fasting, and how this may be similar to variations seem in the brains of individuals with diabetes.

"If we do see similar changes in brain metabolism, perhaps that's a good biomarker for exposure to hypoglycemia," said McDougal, who noted that changing the diet—which changes the brain's metabolism—is already used to treat some conditions such as epilepsy.

McDougal adds that while similar techniques have been used widely in Alzheimer's research, this is the first time researchers will be analyzing the effects of fasting on the brain through carbon 13 MRI.

With this more complete picture of both how high and how low a patient's blood sugar has been over a period of several months, doctors could be equipped with more information to help them as they make personalized recommendations for managing each patient's blood sugar levels over the long term, thus producing a longer life and increasing quality of life.

"While we're still in the very beginning stages, this research has the power to transform the way we treat patients with diabetes in the future, since it may provide a way to measure prior exposure to hypoglycemia in a safe and non-invasive way, potentially in just 15 or 20 minutes," said McDougal.

You can learn more about this research study and how to participate by visiting www.pbrc.edu/healthierLA or calling 225-763-3000.